The General Medical Services (GMS) contract in England for 2017/18, published on 7th February 2017, includes changes to the existing contract around sickness cover reimbursement for GPs from 1st April 2017.

This is not a new provision but an amendment to an existing one. The weekly maximum amount payable has been uplifted and qualification criteria made simpler.

MIAB has been talking with GPs and Practice Manager who are unsure about the implications of the reimbursement contract on their Locum Insurance. Separately, MIAB is in discussions with senior management at NHS England to explore the reimbursement and its impact on practices. NHS England have confirmed certain aspects of cover to us and we expect them to publish guidance in time to support these changes, by 1 April 2017.

These FAQs summarise the available information and important points to consider. The page will be updated as new information is released. Questions and answers that have been updated since v3 are noted by an asterisk (*) after the question.

“You have provided an excellent service, especially this year due to the NHS reimbursement scheme. You already had the top-up flexible package in place, which I think all practices need this now. This was ready very early on and not long after the NHS had announced these changes. Thank you”

What is sickness cover reimbursement for GPs?

From 1st April 2017, practices will be able to claim a reimbursement towards the costs of covering the absence of GPs due to sickness. This is not a new provision but an amendment to an existing one.

What are the qualifying criteria for reimbursement?

The reimbursement will be a practice entitlement rather than a discretionary payment, to begin when the absence is two or more weeks. The previous qualifying criteria based on list size has been removed.

When does the reimbursement start?

These changes will be applicable as from 1 April 2017 and all other requirements will remain unchanged.

How much funding is available for reimbursement?

There have been no details released yet about the size of the funding.

How long will the reimbursement run?

As this is a change to the Statement of Financial Entitlements (SFE), it will carry on unless and until further changes are agreed by NHS England and the BMA (confirmed by NHS England).

Has funding been reduced elsewhere to pay for the reimbursement?

There have been no details released yet about the source of the funding.

If the reimbursement becomes popular, will it be supported long-term?

There have been no details released yet about how sustainable the reimbursement will be or how it will cope with heavy demands on its funding.

How much will be paid?

The amount payable for sickness cover has been uplifted to £1,734.18 per week in line with current maternity cover arrangements. Payments will not be made on a pro-rata basis and will be the lower of actual, invoiced costs (not “actual or invoiced costs” as stated in the announcements – confirmed by NHS England) up to the maximum amounts as set out in the Statement of Financial Entitlements (SFE). There always has to be an invoice.

When will the payments be due?

Payments will be due after two weeks of a GP being absent from the practice due to sick leave.

How long will payments be made?

Is the payment solely to be put towards the cost of a locum?

The new agreement states that cover can be provided by external locums or existing GPs already working in the practice but who do not work full time.

How quickly will practices receive the payments?

Payments will be due after two weeks of sickness absence but it is not known how quickly the funding may be paid. Practices may need to ensure cashflow levels are robust enough to cope with any significant delay between the sickness and the payment.

The maximum weekly payment will be £1,734.18 so any shortfall will need to be covered by the practice. MIAB’s data suggests the weekly benefit amount for GPs under Locum Insurance is around £2,500 so there may be a shortfall of around £765 per week.

Based on full payment for 26 weeks then half for 26 weeks, the maximum payment per GP under the reimbursement will be £67,633.02 per year. Practices must consider if this amount is sufficient to cover the absence.

GP partners have obligations for practice expenses and overheads – will these be covered by the reimbursement?

Will GPs with pre-existing or long-term medical conditions be covered by the reimbursement?

MIAB’s understanding is that there will be no medical exclusion criteria for the reimbursement, so GPs with pre-existing or long-term medical conditions should be covered. However, MIAB understands that Locality Teams may make decisions on individual eligibility.

Does the reimbursement cover all absences?

The reimbursement will not cover absences from non-sickness related causes, such as compassionate leave, jury service, suspension while under investigation and revalidation (confirmed by NHS England). According to MIAB’s claims data, these types of claim (combined) make up nearly 20% of all GP absences over the past five years.

If a GP is in an accident or suffers an injury, will they be covered?

Full descriptions of what constitutes “sickness” have not been published yet so it is not known if accidents and injuries will be covered. NHS England have confirmed that the current SFE does not define “sickness” and wouldn’t expect to do so in future. MIAB understands that if a GP suffers a non-work-related accident and claims compensation, the Locality Team will seek to ensure that a proportion of the compensation payments are returned to the reimbursement funding pot to cover the absence.

Does the reimbursement cover sickness through stress, anxiety, depression or other mental illnesses?

Full descriptions of what constitutes “sickness” have not been published yet so it is not known if stress or mental illnesses will be covered. According to MIAB’s claims data, stress/depression is the third biggest GP absence category, accounting for more than 10% of claims over the past five years.

Does the reimbursement cover maternity/paternity leave?

No. The sickness cover reimbursement does not cover parental leave and that is dealt with elsewhere in the SFE. Those arrangements are unchanged except it has been clarified that payments can no longer be made on a pro-rata basis and will be the lower of actual invoiced costs or the weekly maximum amount.

Does the reimbursement cover all GPs in a practice?

Does the reimbursement cover nurses, GP Pharmacists and other clinical staff?

Does the reimbursement cover Practice Managers and other support staff?

Does this mean practices no longer need to employ Locum GPs?

The reimbursement allows for cover to be provided by external locums or existing GPs already working in the practice but who do not work full time.

Practices should consider staffing levels and if existing GPs have capacity to cover absent colleagues on a short-term and long-term basis.

Does this mean Locum Insurance is no longer required?

The reimbursement as outlined in the announcements so far does not include all the necessary details about process, funding, timescales and more.

Transferring the risk and expenses of covering staff absence to an insurer is a prudent, recognised and simple way to protect a practice.

Whilst there are many unanswered questions around the reimbursement, particularly of uncertainty around funding and coverage conditions, it can be argued that Locum Insurance is still required.

It is very important for customers to consider the implications and limitations of the reimbursement against the pros and cons of Locum Insurance cover.

MIAB recommends that holders of Locum Insurance do not cancel or reduce their cover until full details are established.

Why should a practice purchase or renew Locum Insurance in light of this announcement?

Locum Insurance features a number of benefits over and above covering payments for GP sickness. For example, it covers compassionate leave with no excess period, meaning payments can be made from the first day.

Locum Insurance also covers non-sickness related absences and can include any staff members. It allows the flexibility to choose to employ a Locum or cover the cost of existing or temporary staff.

Insurance cover can also be benefit-driven, which means the total benefit amount is paid without receipts or invoices. The reimbursement requires evidence of costs incurred in all instances.

Locum Insurance is now widely available, so customers can be sure to find a suitable policy at an acceptable price. With so many insurers offering Locum Insurance it is more affordable than ever before, so transferring the risk of covering absences can be done at a lower cost.

Brokers like MIAB, and the insurers it works with, are regulated by the FCA, which means strict adherence to rules and regulations designed to protect customers. Insurance is also a contractual relationship, ensuring that cover is legally enforceable.

FCA-regulated companies are also required, under solvency rules, to have enough capital to cope with the worst expected losses over a year. This gives policyholders an enhanced level of protection and reassurance that liabilities will be met, in contrast with publicly funded reimbursements that may be at the mercy of short-term political or budgetary decision-making.

If the practice holds Locum Insurance and wants to cancel, what are the implications?

MIAB recommends than holders of Locum Insurance do not cancel or reduce their cover until full details of the reimbursement are established. However, if MIAB customers renew their Locum Insurance between now and 1st April, MIAB will waive the admin fee associated with altering cover levels downwards to complement NHS funding. Customers of other brokers/insurers should speak to their account managers to establish their response.

If I reduce the level of Locum Insurance cover but later decide to increase cover to match the initial level, are there any implications?*

If a policyholder wishes to reduce cover, they may do so. However, any increases back to the original amount will need to be re-underwritten by the insurer in the same way as any new business would. This would involve completing a new proposal form for each GP or member of staff to be covered. Existing medical conditions would need to be disclosed and may be excluded by the insurer, even if they were included on the original policy. Thus, a GP with a medical condition covered by a current policy may not have that condition covered under a new, increased one.

I have a question not answered here

MIAB is in discussions with senior management at NHS England to explore the reimbursement and its impact on practices. We expect NHS England to publish guidance in time to support these changes, by 1 April 2017. Any additional questions will be presented to them for clarification and explanation. Please contact Anmol Paul on anmol.paul@miab.co.uk or 01438 870733 with your queries.

What is MIAB recommending?

MIAB recommends than holders of Locum Insurance do not cancel or reduce their cover until full details of the reimbursement are established.

However, now is a good opportunity to review existing Locum Insurance cover and compare it to the reimbursement cover. For example:

Founded in 2002, MIAB began as a provider of Locum Insurance to GP practices. Through innovation and development, it has grown quickly and expanded the range of products offered and the sectors in which it operates. 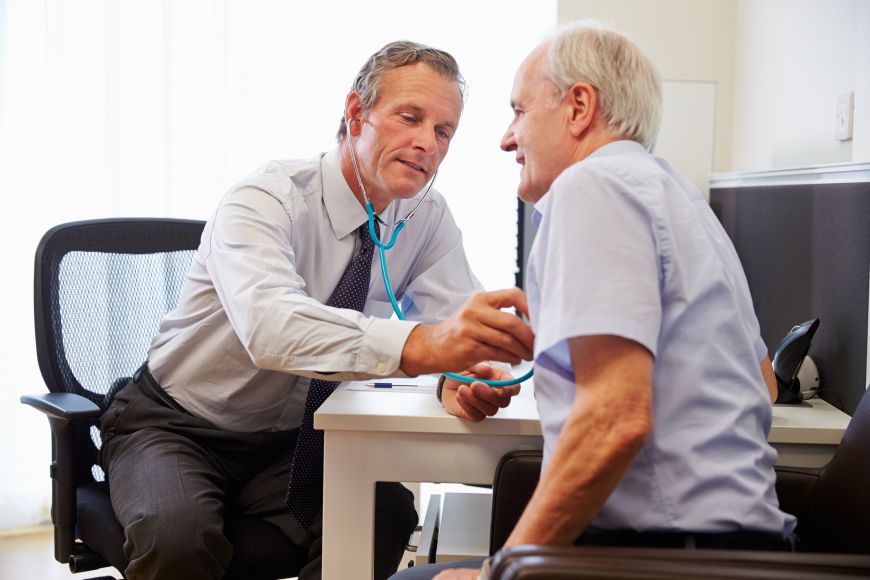